Many of us just can’t start our day without having a cup of coffee first thing in the morning. But, have you ever wondered, “How was coffee first brewed?”.

There are countless ways of brewing coffee, and some people even have a customized way of making coffee. Some people espresso coffee more to their calling, whereas some people prefer drinking instant brews.

But, the history of coffee dates decades back more than our average coffee maker. The love for coffee has been amongst us for more than a hundred years.

So, if you are a die-hard coffee addict like me and want to know about the first coffee brewing experience. Then, let’s take a walk down history and learn how coffee was first brewed.

Though no one knows exactly when or where coffee originated from. But, there are several legends attached to the discovery of coffee beans.

The ancient forests on the Ethiopian plateau were where coffee beans were first found. It was where a goat herder came across the magical beans.

He noticed how his herd of goats got charged after having certain kinds of berries. Due to this, he decided to share his knowledge with a group of monks.

The goat herder let the monks know how he felt energized after having a drink made of magical beans and berries. This was then the knowledge of these magical coffee beans began to spread all across the globe.

The roots of coffee brewing date back to the 13th century in the Arabian Peninsula. This was the period when bean cultivation and coffee-producing got started.

Hot water seeped through coffee beans and coffee roasts in the traditional manual brewing method. This method of coffee making took several hours and sometimes even half a day.

At the start of 16h century, the traditional coffee-making method made its way to the Turkish Ottoman Empire. From there, coffee reached Egypt and Persia as well.

The Turks invented the first-ever known method of coffee brewing, known as the Ibrik method. Its name Ibrik comes from the small pot used for coffee making called Ibrik (or cezve).

In this coffee brewing method, people used a metallic pot with a handle on its side. Before brewing the coffee, all the grounds, spices, and sugar got mixed.

Once properly mixed, the Ibrik was placed on fire till it reached the brink of boiling. It was then coffee got removed from the fire and cooled.

After the coffee cooled, again, the pot was placed over the fire. This method continued several times till the final coffee was ready.

The coffee was finally served with foam on top. This was a new and revolutionary way of coffee brewing that changed the experience of brewing coffee.

You may also like to read this: How Many Types of Coffee Drinks are There?

European traders brought liquid gold black in the 17th century. This was the time when coffee gained massive popularity in Europe.

The popularity of the coffee was so much that it even reached Pope Clement VIII, who, after tasting, gave its approval. After the pope’s approval, different shops started selling coffee.

The shop opted for the traditional method of coffee brewing. The coffee grounds got placed in the metallic pot and then heated till the beverage was brewed.

The coffee pot came with a filter and a long sprout. The filter filtered all the used coffee grounds. But, as time passed, the different filtration methods now got revolutionized.

According to historians, this was when a sock or a piece of cloth got used as a filter. Though filtration using clothes was highly inefficient, this method continued for over 200 years.

It was then coffee was replaced as a drink to drinking wine or beer over breakfast. In the 19th century, the drip method of coffee making was introduced first in France.

This method of coffee making involved the placement of ground coffee in a chamber between two pots. The top compartment came with hot water that dripped down to make the first drip coffee.

In 1908 a German woman named Amalie Auguste Melitta Bentz discovered using a coffee filter. This helped to make the liquid clear and remove the coffee residue.

She then patented her original idea and laid the foundation for the famous Melitta company. She then further improved her filter design to a more conical shape for more effective filtration.

Also read: The 7 Best Coffee Machines for Beginners in 2022

The use of Siphon Pots dates back to the 19th century. Marie Fanny Amelne Massot initially designed it.

This made its way to America and got patented by two sisters, Bridges and Sutton. The Siphon pot had a very distinct design that looked like an hourglass.

The Siphon pot’s bottom part was placed directly on the heat. It caused the water in the siphon to mix with ground coffee.

The coffee was finally ready once the coffee got filtered. This then led to the Italian coffee-producing method of using Moka pots.

As its name suggests, France was where initially French Press got discovered. In the 18th century 1852 two Frenchmen, Mayer and Delforge patented the design of the French Press.

The original design was very different from the one we use nowadays. In the mid of 19th century, Attilio Calimani and Giulio Moneta patented the French Press design we use currently.

It produces coffee by mixing hot water along with coarse coffee grounds. The mixed coffee is left to soak after getting pressed by a plunger.

The first espresso machine was invented back in 1884 by Angelo Moriondo in Italy. Steam water is passed along the coffee ground to make a rich-tasting coffee cup in an espresso machine.

Espresso machines allowed people to make coffee from the comfort of their homes. Though, in the past, the taste of espresso coffee was very different from what we have now.

In the 19th century, the coffee percolators got designed by an American-British physicist, Sir Benjamin Thompson. Some years passed by when Tinsmith Joseph Henry Marie Lauren created a much more improved design.

This design was very much like that of our modern times Coffee Percolators. But the modern percolator was designed by Hanson Goodrich from Illinois.

It brews clear coffee without any coffee grounds. A tube inside the percolator joins the two chambers to each other.

As the steam started to form, it seeped over the coffee grounds to make brewed coffee.

Instant coffee is the most effortless coffee to make. It comes with reasonably straightforward steps and doesn’t need any brewing devices.

The discovery of instant coffee dates back to the 18th century in Britain when it was discovered by adding a coffee mixture of water-made coffee.

But, the first proper instant coffee was developed by the Americans in the 1850s during the civil war.

His coffee variant was very much like instant tea.

Instant coffee went through various variations before it got to the version we drink every day.

Coffee drinking and brewing techniques date decades back. The information in my article helps to answer your question, “How was coffee first brewed?”.

Over time coffee brewing techniques have improved relatively. Now, it is easy for anyone to make the perfect cup of coffee even without having coffee-making knowledge.

There are still some people who enjoy traditional coffee-making techniques. But, many people nowadays want to use coffee makers due to their ease and convenience. 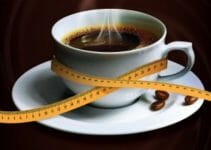 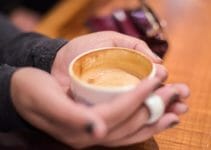 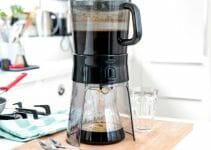 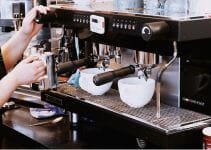 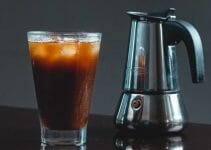 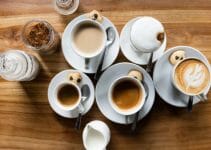